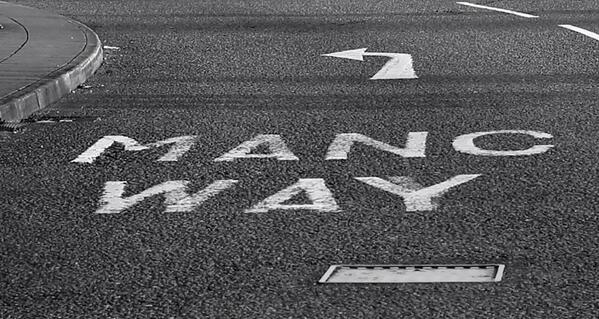 Manchester is fast gaining a reputation as a technology hub. In fact, it’s the largest UK technology hub outside of London, and it’s fair to say that the city is leading the digital and tech revolution.

Of course, we’re no stranger to innovation. We’re home to the Industrial Revolution; the world’s first modern computer and the world’s first railway line - to name just a few. Add to that list the fact that Manchester is one of the first UK cities to get superfast 5G; a growing digital workforce of more than 62,000 and the relocation of names like Amazon, AutoTrader and The Hut Group to the area, and it’s easy to see why Manchester is making a name for itself in the sector.

And while investment into city centre developments such as MediaCityUK, Manchester Technopark and Manchester Science Park is now reaping rewards, new development of the south Manchester area through initiatives such as Airport City, shows that the Manchester tech industry is thriving, and the pace of the city’s digital growth is certainly showing no signs of slowing down.

A big part of this success story has been the availability of data centre infrastructure and connectivity. This has improved rapidly over the past decade or so, and it’s not a stretch to say that Manchester is now home to some of the best data centre space in the country – certainly on a par with London.

So with that in mind, here are five reasons we think Manchester – and south Manchester in particular – demands serious attention from cloud and colocation buyers with their eyes on the north.

1. Cost
Historically, London has always been the biggest data centre hotspot in the UK. However, Manchester is fast catching up and a big advantage it has over the capital is price. As with the property market, you might reasonably expect your money to go a lot further on rack space in the north, than in London.

The indirect costs of using a Manchester data centre tend to be much lower too. Since the city is much more compact than London, you’ll spend less time and money on transport – an issue that can stick in the craw of companies forced to use data centres on the outskirts of the capital to save on rack space costs. And the advantage of a south Manchester data centre, is the close proximity to the airport, making fly-by visits an affordable option when required.

Find out more in our blog: How much will a rack in a Manchester data centre cost?

2. Connectivity
When it comes to data centres, we’d argue we’re the UK’s second city after London. Firms have been moving their IT to Manchester for many years now, drawn by lower rents and strong transport links, and this has led both data centre and network providers to invest heavily in the region. As such, our level of connectivity is some of the best in the UK, supported further by the recent launch of 5G to the city.

3. Regeneration of south Manchester
So why should you use a south Manchester data centre, and not one of the data centres in the city centre? Well, while it may not have been in the spotlight for as long as some other places, efforts to regenerate the south side of the city are now gathering pace – and it’s no longer all that difficult to imagine south Manchester as the next great digital hub of Manchester.
Central to this is the £800m Airport City development, which has already attracted significant investment from global giants like Amazon and DHL for its unique combination of accessibility and connectivity.

4. Transport links and accessibility
South Manchester is on the doorstep of Manchester Airport, which is the third-biggest airport in the UK and the biggest outside of London, connecting the city to over 200 locations globally. The airport will also be the site of a HS2 station, making it accessible from London by rail in less than an hour. More locally meanwhile, the expansion of Manchester’s Metrolink network has connected south Manchester to the city centre, and the proximity of the M60 puts other parts of the north-west in easy reach.

5. Geographical separation
For firms that require a disaster recovery or failover facility (or indeed more than one Manchester data centre), south Manchester is an excellent option for both. Many of the other Manchester DC sites are clustered in an area of just a few square miles, meaning localised power or network problems could cause widespread outages. Issues that would be eliminated by moving your data centre provision a few miles down the road to a south Manchester site.

To find out more about choosing a data centre, download our data centre services buyers guide and we’ll show you how to look further than SLAs and Tier ratings, and really understand the factors that turn a data centre from a faceless facility into a business-critical asset.