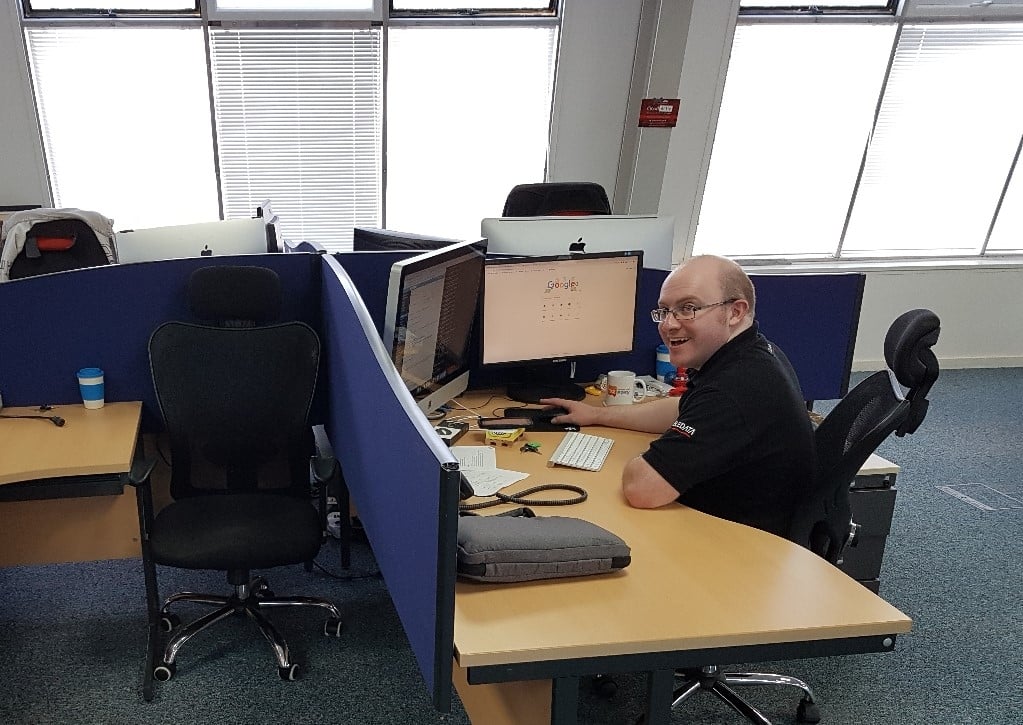 Each month, we'll be grabbing 60 seconds with a different member of the TeleData Team, and finding out their thoughts on all things tech.

This month we caught up with Technical Support Engineer, Peter, who has a few harsh words to say about Big Data, and some important life advice for anybody starting out in the IT world.

What was the first job role to land you on your tech career ladder?
Office IT guy for a pensions software company. I joined the industry late, and that company had a lot of rules about who can work there, which effectively meant I was the only person who was both qualified to work there, and willing to do an entry-level job. It was very handy. Let this be a lesson to anyone looking to get started in IT: if you get disheartened, keep trying, because you will eventually get lucky and you need to be ready for it.

Describe your typical day at TeleData in no more than 20 words.
I am the oil that keeps the cogs in the machines running. I'm not important enough to be a cog.

Best thing about working in tech?
There's always more knowledge to be gained, so there's always something to aspire to and you always feel useful thanks to the knowledge you already have.

Worst thing about working in tech?
No matter how much you learn, someone will always, always ask about something you've never heard of and expect you to be an expert in it.

Which one piece of technology could you not live without?
My old desktop PC.

Which one piece of technology would you ditch into Room 101?
Big Data, as a concept. It doesn't make things better, it just makes the online world more closed-off and insular. I thought of ditching cookies, but they have their upsides and they're not all bad. They're only bad when they spy on you. And why do they spy on you? To harvest your data. So let's banish Big Data. My data is clearly worth a lot of money, so I should at least have the option to sell it rather than be forced to hand it over as a ransom to every website I visit.

Best tech innovation of the last 12 months?
Zoom backgrounds. Other video chat applications are available, of course, and I'm sure they let you set your own hilarious fake backgrounds too, but Zoom is the one that has become synonymous with all online chat during the lockdown era.

Who’s your tech hero?
Bill Gates has done a lot of philanthropic work and I never hated Microsoft as much as some people did back when they were the dominant evil monopoly, but he's kind of an obvious answer. Maybe I'll put Terry Davis, the TempleOS guy, instead. He's a much more controversial, and therefore more interesting, hero. Although Bill Gates could jump clean over an office chair in that video of him. It's a tough choice. Revolutionary chair-jumping polio-battling philanthropist, or the man whose schizophrenia drove him to programme his own Bible-themed operating system all by himself? They're both heroes in their own way. I can't decide.

Apple or Android?
I use Android, but I don't like it. Apple doesn't sound better enough to justify the ludicrous price increases, so I stick with Android, but it really is horrible in a lot of ways. I wish Windows phones were still around.

What was your first ever games console, and your favourite game?
My first ever games console was a Sega Game Gear, which I got second-hand with some random games. One of these is my favourite game of all time, but it's very obscure and I think I've set it as the answer to my security question somewhere, so I won't tell you what it is. The best PC games ever are Age of Empires, Age of Empires II, and Portal (but not Portal II).