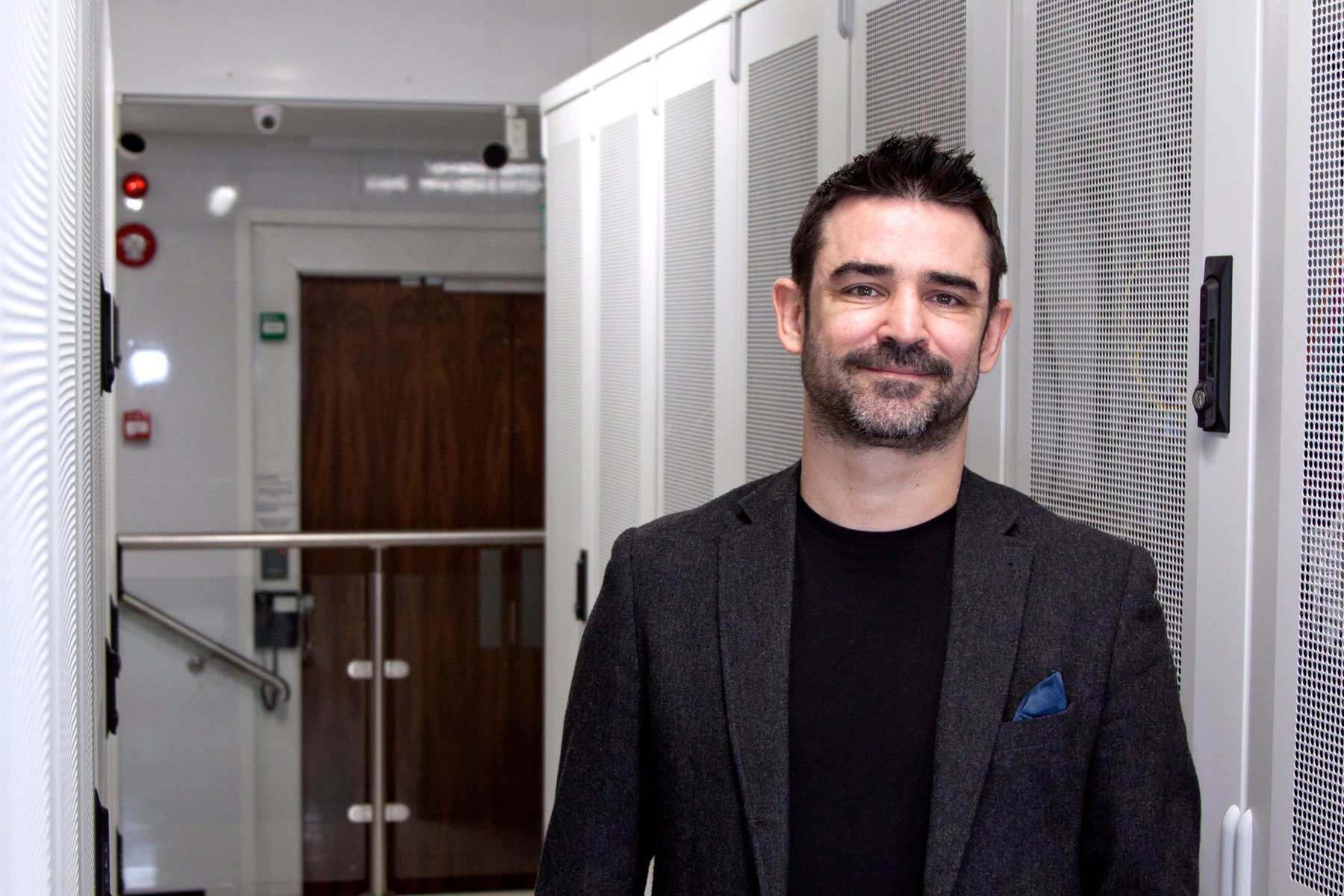 Every month, we catch up with a different member of the Teledata Team to find out their thoughts on all things tech.

This month we caught up with Matt, who talks about his obsession with electronic home security, and reminisces about Chuckie Egg and Manic Miner...

What was the first job role to land you on your tech career ladder?
In the mid-nineties, I ‘worked’ as a temporary desktop support engineer for Digital Equipment Company (DEC) which then became Compaq in the late nineties. It was a 700 user site and my day consisted mainly of updating anti-virus and logging serial numbers of really old kit, mostly dot matrix printers and oversized monitors that were piled up in storage cabins – although the storage areas were good for a mid-morning nap if I remember rightly! I left tech for a bit after that false start and floated around until I found my way back in again by doing a few vocational courses in programming and finally taking the plunge into IT sales after a lot of encouragement from my wife, Vicki. It all just came together after that and seemed to follow a natural course, so I have never looked back since.

Describe your typical day at Teledata in no more than 20 words.
There is no typical day! Wherever the Teledata wind takes me and whatever my calendar says – it’s all meticulously planned, of course.

Best thing about working in tech?
Always, always learning a huge range of new things – and not just about ‘tech’.  Technology is everywhere, so it follows that it applies to everything and to understand each possible solution you need a deep understanding of each application and/or problem – whether that be improving energy efficiency, speeding up production lines or securing buildings, just as a few examples! At Teledata we’ve also got a passion for being the first – pioneering wherever we can, and that makes tech incredibly exciting at times, but with a steep learning curve.

Worst thing about working in tech?
Being pioneering means we haven’t got anyone else’s mistakes to learn from, so we have to analyse everything to the smallest detail which can be frustrating and time consuming. We need to make our own mistakes and at times even accept failure – before then coming up with an alternative! Keeping up with the acronyms is a bit of a bind, especially those that seem to be done for the sake of it.

Which one piece of technology could you not live without?
Electronic security at home. I am obsessed. I have Ring and Blink wireless cameras, wireless doorbells, and now a Simplisafe wireless security system too! It’s not through a fear of being burgled or anything like that – I just like to fiddle with this stuff. I mostly then turn off the notifications due to them being false, too sensitive and generally annoying.

Which one piece of technology would you ditch into room 101?
Probably the above as I am clearly wasting my time!

Best tech innovation of the last 12 months?
It’s a bit older than the last 12 months, but its in the last 12 months for me!  The Nordic Track studio exercise bike is awesome. Always hated exercise bikes but this is brilliant – you can ride with an instructor pretty much anywhere in the world and  you can even draw your own routes on Google Maps and cycle the routes using Google Street View on the built in 22inch touchscreen. The coolest thing is the automatic incline/decline and effort level based on actual terrain data! Ok so this is fairly new to me and it will probably be a clothes horse after a few more weeks – but in the meantime I’m loving it!

Who’s your tech hero?
Clive Sinclair. The C5 was not quite so impressive, but the Sinclair Spectrum range really got me into coding which led to a deeper interest in technology generally.

Apple or Android?
Android, without any shadow of doubt.

What was your first ever games console, and your favourite game?
ZX81, but then I’m not sure that classes as a games console! I didn’t really have a favourite – they were all rubbish – but the one I remember most was moving the letter ‘I’ around a maze. The first gaming machine I had was a Spectrum 48k and I loved the old Chuckie Egg and Manic Miner platform games!