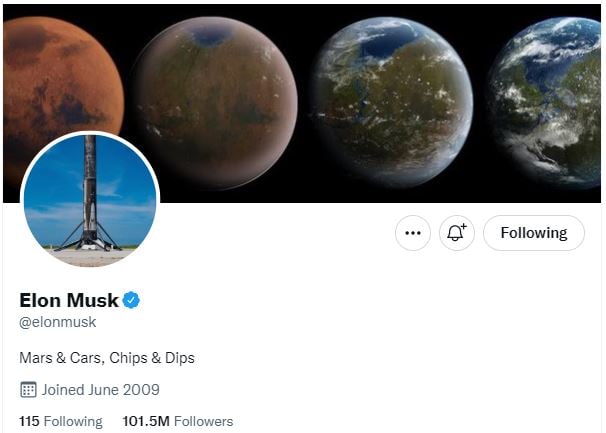 Twitter has been in the news quite a bit lately, with Elon Musk tabling a huge $44 Billion offer for the social media platform to then retract his offer because of a lack of forthcoming information from Twitter about the make-up of the followers.

What made him bid in the first place?
Twitter has always played a strange role in social media. It was one of the most unregulated platforms, often allowing adult content and it birthed the #hashtag - which meant that users who weren’t within a set of “followers” would see content from others that they may not know. As time has gone on it’s often been the most topical, direct to route platform and has allowed for quicker engagement with newsworthy topics and opinions. Celebrities adopted the platform and over time it was used as a personal branding/opinions site whereby you could see more of your favourite celebrity’s quick thoughts and opinions. What eventually happened though, was that often opinions that went against the grain would be shared across a widespread audience. Twitter became a place where arguments and debates would litter the field rather than friendly banter. None more so than when Donald Trump became president back in 2016. His official tweets set off a cascade of “right vs left” and eventually it became a warzone for people to fight in online. The pandemic also enhanced this with anti-vaxxers fighting against those they deemed wrong in getting vaccinations. Twitter actually grew considerably by almost 6% through 2018 – 2020 making it one of the largest used platforms in the world and thus the most valuable. Step up Elon Musk…

Tesla, changing the world and unimaginable wealth
As one of the richest men in the world, Elon Musk has the kind of money most can only dream of. He made his fortune across multiple business ventures, not least of which was Tesla, creating some of the first (and best) fully electric cars in the world. His successes there led to SpaceX which was aiming to enhance space exploration at a privatised level and without the costs that predominantly government funded NASA encountered. When becoming such a popular figure in culture, there’s a rise before a fall and thus many stories came out, with the prevalence of social media, that Elon Musk wasn’t quite the investment angel genius he’d initially come across as. Allegedly he was difficult to work for, demanded results and his public facing “green” ideology wasn’t quite in-line with his desire to make as much money as possible to compete with Mark Zuckerberg, Bill Gates and Jeff Bezos. He became a regular Twitter user, often using the platform to push his latest idea or venture, even causing seismic shifts in crypto markets, just by saying that Tesla would accept cryptocurrency as payment and that he was considering investing in one of them. Noticing Twitter had such a profound effect with its use, he then looked further into it as a possible acquisition. However, in the last few years due to the spread of misinformation and adult content, Twitter has become more self-regulatory, banning Donald Trump from the platform, warning others of potentially harmful content and taking quick measures to prevent online bullying and trolling. This was something Elon Musk was vehemently against, believing the platform should stand as a bastion of free speech for all, regardless of what it was.

Growth and share price
Because of its incredible growth, beyond expectations Twitter halted a slight slide against Facebook and Instagram and started to become much bigger. A bigger platform means more investors and more investors means a more valuable company. When Twitter was at its lowest share price of $31 in 2016, nobody expected the meteoric rise to where it got to at the end of 2021 at almost $80 a share. This then dropped again slightly, but Elon Musk caused another hike in mid 2022 with his “bid” to purchase the platform. When he made his bid, he requested all the information that Twitter has on its users, its followers and how the algorithms worked. Some might say that’s a fair ask – but Twitter wouldn’t divulge that information because without “owning” the information, the leak or loss of that information would be catastrophic and they felt this shouldn’t be a condition by which the company is purchased - they did not acquiesce to Musk’s requests. This caused Musk to pull out of the deal and now there’s a huge legal battle that the offer made in principle should be honoured because it changed their share prices and the market.

So what next?
It’s looking likely that Musk will be forced to buy Twitter, even though he’s pulling out of the deal. That means he’ll own one of the biggest social media platforms in the world, he’ll own the biggest electrical car manufacturer and own a space exploration business among his many other ventures. His arms are wide, his resources vast and it’ll be interesting to see the next move for this highly polarising figure.